http://www.pbs.org/wgbh/nova/tech/making-stuff-smarter.html
Forth and last episode in a great series.

In the latest release, deletion is once again improved.

No longer should you find a course without a delete option.

In addition, I've made deletion more flexible.  You can delete a course and its lessons, or only the lessons - there are separate menu options for each.

When deleting a course, you have the option to specify for which period lessons will be deleted, and to select a custom set of deletion dates by way of a calendar popup.  Just click on the dates to modify them. 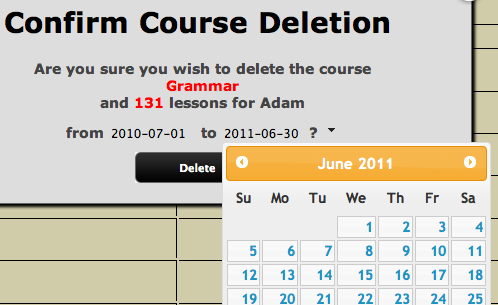 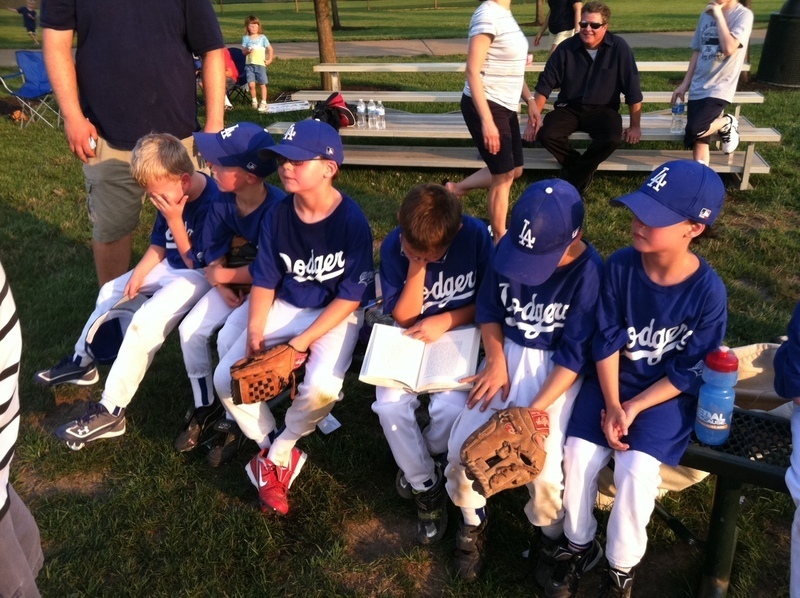 Last night I released Scholaric.com with changes to how courses are renamed.
The most important change is some bug fixes.   There are many variables in a course rename:
* existing course used by one student or many
* existing course has lessons for student or not
* target course name exists or is new
Some of these conditions caused some errors, which would leave users scratching their heads.
For example, we limit the rename to a single student, so if two or more students are using a renamed course, rename would in fact create a new course.  This was the desired behavior, except that lessons in the existing course were not properly migrated to the new course.
This is all fixed now, and additional automated tests are in place to cover these cases.
One additional feature from this change, is that I have added the ability to merge two courses into one.  Previously, if you had renamed a course to an existing course name, it would result in an error and Scholaric would disallow the change.
Now that lessons are properly migrated following a course change, it is easy to merge two courses into one.  Just rename the "from" course to an existing "target"  course and the lessons will be moved, and the old course removed.
http://www.pbs.org/wgbh/nova/tech/making-stuff-smaller.html
Part of a wonderful Series from Nova:
http://www.pbs.org/wgbh/nova/tech/making-stuff-stronger.html

For some time now, users have been able to switch students within the planning grid.

Today we have added this capability to every student view in Scholaric.
Just click on the triangle next to the student name and select a student to switch to.

Along the way, we have made the style of these titles look and feel consistent.
Finally, you asked for it - we have added hour totals for each course and subject on the report card.  This should help those of you who need to see the hourly totals at a more granular level.
This morning we released, by your request
Subject creation - just type a new subject name into the add course dialog and it will show up.
Course deletion - instead of just hiding the course, you can delete it - it deletes any lessons you have for that course/student in the current period, so be careful!
Note that if there are other students using that course, or other lessons, it can't really be deleted.  Delete it from all students and the course will be deleted.

It's the effortless way to plan and track your homeschool. Get started for free today at www.scholaric.com.
Your time is important.